Anitta wears a bodysuit with her hands in her crotch and bust and rocking out at a concert in Brazil.

Anything is possible in the trailer for Champions, the new sports comedy starring Woody Harrelson

Eva Perkausová unveiled an adorable photo of little Killian: I already have an angel gift, the presenter melts

Ever since Elon Musk bought Twitter in late October, there has been speculation about the future of the social media platform most used by journalists, politicians and celebrities in various countries. A major concern is that Twitter, as a product, will stop working properly after about two-thirds of its employees quit or were fired in the past month. Among others there was no longer anyone to take over the teams in charge of privacy and security policies and features, and the team managing the site’s IT architecture was reduced to four people compared to 100 at the end of October.

In this context, many experts say that now is a good time to archive your data, so that you can access tweets and private messages sent in the past even if you want to terminate your account or the platform becomes unusable.

Twitter doesn’t seem to be shutting down suddenly at the moment, but if some of its features were to malfunction, there would be few people left who could fix the problem. Downdetector.com, the site that collects reports relating to the malfunction of the main social platforms, has recorded thousands of cases of service interruptions on Twitter in recent days. Added to this is the concern that the site is now particularly vulnerable to cyberattacks which could, for example, target users’ private messages, which, unlike those exchanged on services such as WhatsApp or Signal, are not protected by end-to-end encryption. at the end and are therefore immediately readable by anyone with access to Twitter’s servers.

How to archive your data on TwitterFor years, Twitter has offered its users the ability to download a backup of all their data, which includes all account information, history of what has been posted, searched, and sent with the account, as well as information about collected Twitter interests. by the company for advertising purposes.

Normally, Twitter should take up to 24 hours to prepare and send this data, but over the past week several users have reported serious delays in receiving their records.

To request a backup, simply go to the Settings and support section of your profile (accessible by clicking on “Other” in the left column of the site from the desktop) → Settings and privacy → Your account → Download your archive of data. At this point, you will be asked to enter your Twitter profile password, an identity verification code will be sent to you by SMS or email and simply click on “Request archive”. Once the archive is ready, you will receive both an internal notification and an email. There is a time limit to download the file, so download it as soon as you receive the notification.

More tips for technical issues with TwitterTo be found elsewhere by your followersFor days, several common and famous users have been sharing with their followers links to their profiles on other social platforms, to stay in touch even in the event of technical problems, or to be contacted by people who, for some reason, decide to stop using Twitter.

“Post a tweet that shows where you can be reached online and pin it as a featured tweet on your profile. If you have people you only communicate with via private messages on Twitter, write to them to request another contact. If you decide to post details of how you can be contacted on Twitter, be sure to only share those details that you want to be made public. Avoid deleting your Twitter account entirely just yet. This will prevent your old username from being made available to anyone else, and potentially being used by someone impersonating you.” recommend it Washington Post .

To protect your privacyThe New York Times, In place, give some advice on what to do if you’re concerned about the privacy and security of your profile now that the team that took care of it at the company is practically gone.

First, it suggests checking your privacy settings. “If you’ve previously allowed Twitter to see your location, now is a good time to delete that data. Go to Settings & Privacy, then Privacy & Security → Location Info → Add Location Info to Your Tweets. At this point , select Delete all location information attached to your Tweets to delete all previously saved data.” 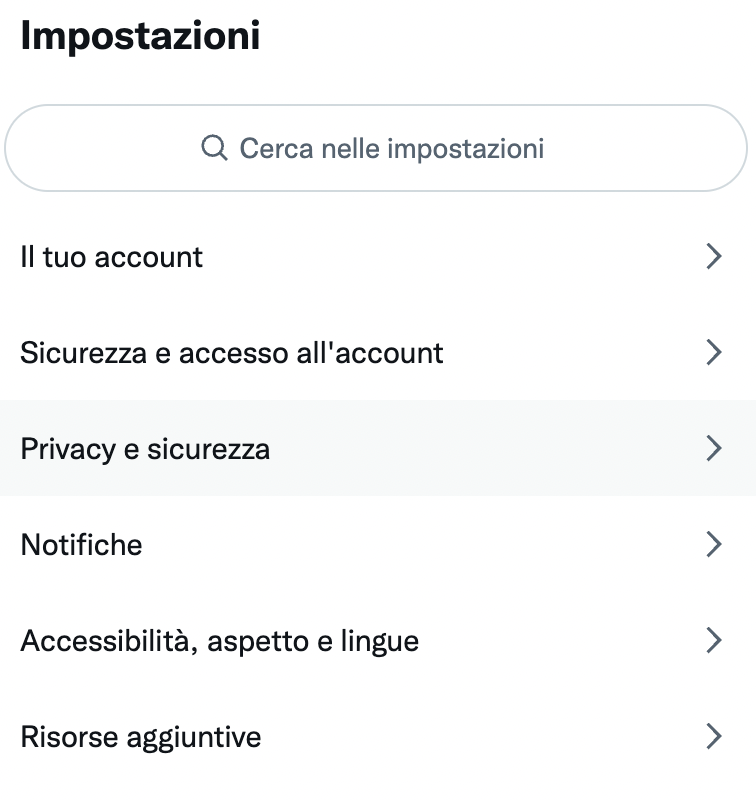 A similar thing can be done with the data that Twitter collects to display personalized advertisements: still in the Privacy and security section, you will find the wording Preferences for advertisements. Inside it, you can decide to uncheck the “Personalized ads” box, if in the past you had consented to receive them.

As for direct messages, which, as already mentioned, are not protected by end-to-end encryption and are therefore particularly vulnerable to possible attacks, there are several services that promise to help ordinary users to delete all at once, but not all of them. equally safe.

A service recommended by New York Times is Semiphemeral this unlike other alternatives undertakes not to collect or store any user data. Semiphemeral lets you delete all tweets posted before a certain date or select individual tweets you want to delete. It also allows you to delete private messages, but can only do so for the profile of the user who requested their deletion: these messages will continue to exist for the people who received them, and there are currently no method to remove them on their own. profile. 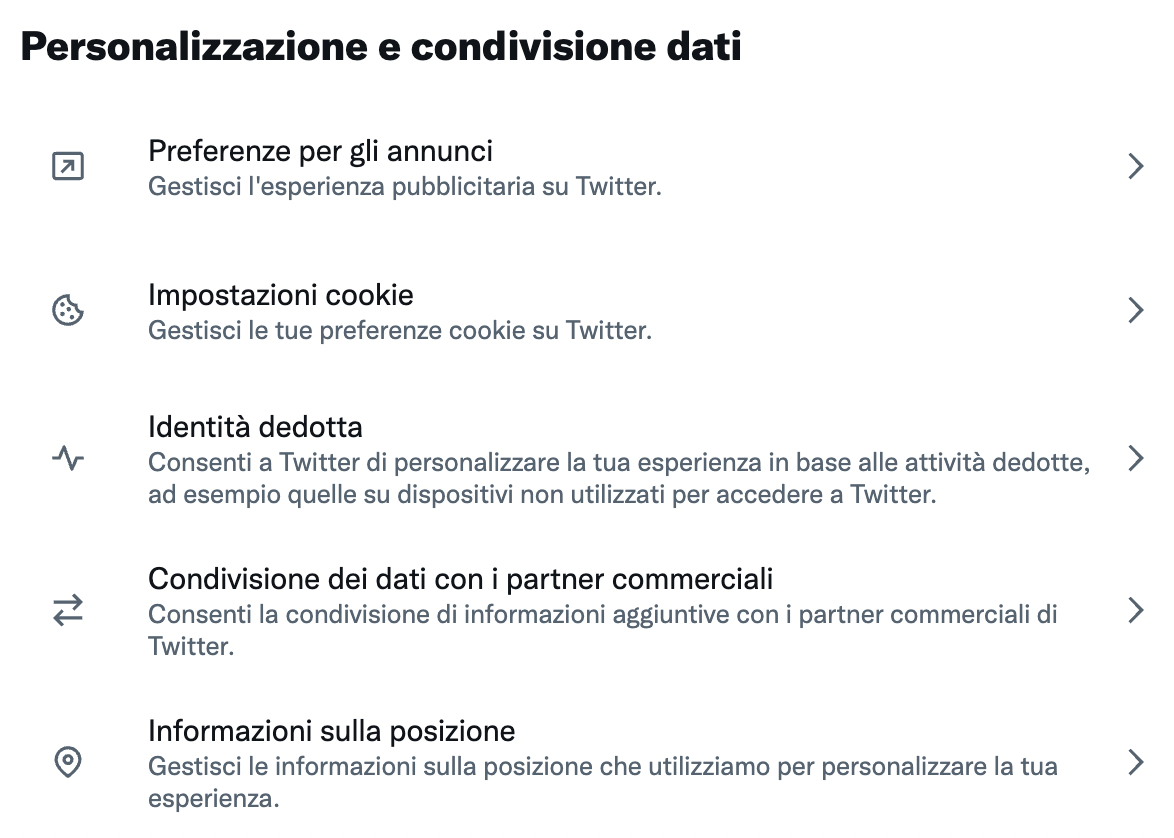 Netflix: how to unsubscribe, how much you save and how to continue watching movies and series for free

Free Tablets for Senior Citizens: How to Apply for the Connected Plan in December

Anitta wears a bodysuit with her hands in her crotch and bust and rocking out at a concert in Brazil.

Anything is possible in the trailer for Champions, the new sports comedy starring Woody Harrelson

Eva Perkausová unveiled an adorable photo of little Killian: I already have an angel gift, the presenter melts

How did the enigma of the Bermuda Triangle come about?

A door to hope: an antibody could detect and neutralize persistent covid

Megan Fox shone as Pamela Anderson. The actress showed off her new outfit in a form-fitting tank top

Pelé’s daughter reveals the reasons that forced her father to be hospitalized: he caught the bug

CCXP22: Marina Ruy Barbosa Plays A Nightclub Singer Who’s ‘Not A Saint At All’

Wolf Pack is a series “about the environment”, says Rodrigo Santoro at CCXP22

Everything we know about the Mayfair witches

EU life expectancy drops in 2021 due to coronavirus

EU life expectancy drops in 2021 due to coronavirus

A door to hope: an antibody could detect and neutralize persistent covid

Fight against coronavirus: is there a long-term strategy?

BMW patents a suspension that allows energy to be recharged

Volvo announces the arrival in Chile of the new VM trucks

The Storiest is an editorial content website that brings you fresh stories every minute from around the world. From commerce and entertainment to pop culture and food, we cover everything that interest our audience, mostly Gen Z.